Stop Waiting for Robert Mueller to Do Your Work 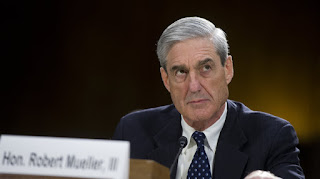 The 2020 election is just two more episodes of “March Madness” away, and I mean the college basketball tournament, not the debacle that poses as DC politics. In the meantime, left-leaning political operatives are conducting their own madness as various factions maneuver to place their preferred progressive on the Presidential Ballot. Not all, or even most of these groups are democrats. Some are decidedly not democrats, such as DemExit, which appears to be more a hashtag than a coherent organization.

We have to hope that the one coherent party with an opportunity to overthrow the wannabe dictator, Trump, can get its act together and unite like-minded progressives behind that imperative. Even if it does, there’s no guarantee Trump can be defeated in 2020.

Past experience shows that an incumbent president is re-elected 75% of the time. Democrats may feel that their impressive gains in the 2018 midterms will carryover to the 2020 Presidential election and sweep Trump out of office. But history has shown that there is very little correlation between a president’s first midterm election and their reelection bid. For example, Bill Clinton’s party lost 52 House seats in 1994 and Barack Obama’s party lost 63 House seats in 2010, yet both men garnered more than 330 Electoral Votes in 1996 and 2012, respectively.

Political analysts, licking their wounds after most predicted Hillary Clinton would wipe the floor with Donald Trump, have since explained to us why he won. Their verdict? It’s the rural voters. If that’s the case, what changes in 2020 to turn the red tide (given that we still have an Electoral College, and we will)?

Pollsters show Donald Trump retaining a dedicated cadre of supporters, no matter what the latest “blockbuster” reveal is about his repugnant behavior or his criminal exploits during or after his campaign. The best assessment I’ve found of what factions of society make up Trump’s base comes from Sean McElwee (@SeanMcElwee) in Data for Politics. Rural voters are just the tip of the cornstalk. It shouldn’t surprise you to find out that the real barnacles on the hull of our ship of state are white evangelicals. Being “born again” seems to equate to being born yesterday when it comes to believing and/or believing in Donald Trump. That demographic is no small thing when it comes to making Trump a one-term president. Evangelical voters account for 1 in 4 voters; roughly equivalent to the share of the electorate accounted for by people of color.

I’ve read the posts of many progressives who try to reason with evangelicals, arguing that their positions on many issues actually run counter to the teachings of Jesus. Forget about it! Evangelicals are a lot more practical, not to say hypocritical, than that. Donald Trump has embraced and actualized anti-choice rhetoric, selected Mike Pence as his Vice President, appointed culturally conservative Supreme Court justices, and promised to repeal RoeWade and the Johnson Amendment. His Administration recently negotiated the release of American Evangelical Pastor Andrew Brunson after two years of captivity in Turkish confinement, after which one televangelist said, “I love him so much I can hardly explain it.”

I haven’t seen a substantive plan for how the DNC plans to take on Trump in the 2020 election. Rather, I see a widening chasm forming over whether to run full socialist, or take over the right of center territory abandoned by Republicans when they veered hard right into Donald Trump’s fascism — in other words, to run a moderate and move left incrementally. So this could shape up as the socialists versus the incrementalists.

Lacking a unified platform, let alone the broad general outlines of a plan, the Democrats, the disaffected, the Dem Exits and Enters, the “Our Revolution,” and the “Resist” movements wait with fretful anticipation for Robert Mueller’s report, which they hope will put the stake through the heart of Trump’s presidency, if not Trump himself. But will it?

According to @MuellerSheWrote, writing in The Economist, "the report, when it eventually comes, will probably not be made public." William Barr's testimony during his confirmation hearings did nothing to assuage my fears that it won't be. @MuellerSheWrote went on to point out that, "The judgment on what that report means for the president will be political, rather than legal. It will rest on the views of Republicans in Congress. And many of them would rather not think about it."

So, my feeling is that since the president could not be removed by articles of impeachment unless around 20 Republican senators break with him, almost no matter what Mr Mueller may find, we may find Donald J Trump on the 2020 Ticket as the Republican nee Fascist nominee. Given that eventuality, I recommend we come up with the best damned plan for defeating him that the best damned minds in the progressive multiverse can devise.

In the meantime, my favorite really, really non-establishment candidate to go up against Trump so far is Vermin Supreme. Supreme has said that if elected President of the United States, he will pass a law requiring people to brush their teeth. Can’t argue with that.